I’ve been writing about my most recent trips and realized that before I talk about those that I have to talk about how it all started. So, that’s what this is – the beginning.

In 22 days it will be a year since I moved to New York City. An entire year. It’s crazy to see how much my life has changed in just 12 months. To be honest, I thought I had it “figured” out. I thought I knew exactly what job I wanted, what would happen when I moved here, and what the next 5 years of my life would look like. Plans on paper are perfect, right? Yeah, in my most elaborate dreams maybe. I had no idea of the shit storm that was headed my direction. Looking back I can tell you without any doubt that my first six months here were some of the worst in my life, but I can also tell you that it was all worth it. Living through the craziness woke me up. I knew something had to change. It suddenly dawned on me that I had been living my life on terms I hated because those terms seemed to be accepted by other people.

I felt really lost. The whole experience made me question all of the things that I had so neatly outlined on paper. I knew I liked my internship at the agency, but I wanted a more creative outlet. I knew that if I found a job I might like that I wouldn’t want to be stuck in an office. I knew that I didn’t want to go back to Florida, but I wasn’t seeing any other options. I was boxed in with nowhere to go. All I knew at the time was that I had to figure something out. Things had to change quickly and drastically. I spent weeks writing down what I loved to do, the things I felt I needed for my sanity, possible next steps, pros and cons of taking a well-paying job in Florida, and the like. I was running in circles around my own thoughts.

And then I rewatched a few videos from Gary Vaynerchuk. It hit me like a ton of bricks that my internship was ending and so was my sublease. All in the same week and the last week, might I add. Watching those videos reminded me that I finally had a moment. A moment to start over. To just freaking try it out because now was as good of a time as any. It was the final hour, procrastination at its finest, and I had to decide between security and the very, very vast unknown of what my life would look like if I decided to stay in the city. And I chose to stay. In a world where security is a specialty blanket that people sell their souls to get, I chose to opt out.

I won’t lie and say it was easy. It was far from easy. I was trying to find balance on the tightrope of my life and I had no idea what the outcome would look like. People always say it’s better to be safe than sorry, but is it really? Playing it “safe” has made me more sorry than most risks would have. It’s true, I’m not quite safe now, but I’m definitely not sorry. I’m just what you would consider the in between. I live life on my terms and I’m just trying out what it’s like to do things because I actually like them and not because the world is screaming that they’re acceptable.

The first trip of my 25th Year stemmed from a celebration of this decision to be the in between. Staying in New York meant I needed a paying job and a place to sleep. Surprisingly, I found both on the same day. I had this huge sense of freedom and with it I bought a flight to Paris for my birthday. I had no idea that what started as a birthday trip would turn into something more. I didn’t think my job or apartment would be permanent. Just a temporary solution that would keep me here until after my trip. And I definitely didn’t think I was going to be taking more than one trip, but I was wrong…again.

After a month of working at the restaurant I had this realization: “Why not?” Why not keep doing this, why not cherish the freedom and flexibility, why not pursue the things that I actually want long-term? I was so focused on being a successful one after graduation that I was willing to sacrifice my happiness. What a joke. Why couldn’t life be exactly what I wanted it to be and with everything that I wanted in it? I was already living my very “real” life and I was loving every moment of it. It just made sense that I should keep doing something that allowed me enough time to pursue the things I truly enjoy and living a life that made me happy. Another decision, another flight booked – this time to Rome.

In the weeks leading up to Paris it seemed as though I kept coming across people who had traveled or were traveling. Not a hard thing to do when you work in a tourist spot. But this was different. I kept meeting people who told me I should keep doing it. No matter what, it would be worth it. Things I knew, but that set the tone as a reminder that my somewhat unconventional ways were worth it. I will say that convincing me was never going to be a hard thing to do. I was constantly checking for cheap flights (still do) and anytime I found a good deal there was little to no chance that I wouldn’t buy it. Suddenly two trips were turning into an entire year. A year where I spent every month traveling, whether domestic or international. This newfound project was exactly how I ended up with a third flight to Amsterdam four days before I left for Paris. A project I endearingly call The 25th Year.

I was turning 25 in Paris. A number that people my age seem to get scared of. I guess, to them, it only represents one year closer to thirty, but I guess it really does come down to perspective. I was finally starting to live the dream and The 25th Year was the perfect chance to finally put myself first. A chance to become more aware of who I am, my space in the world, and the things I want to be remembered for. Paris made me realize that every decision I had made up to that point was worth it – but you can read about that later.

At first it was really hard for me to give up on this general idea of what I had pictured as “success”. I didn’t want to be 25 and feel like I had no idea where I was headed. You’re 25, single, without a “real” job and suddenly people can’t help but ask what you’re next move is. Do you have a boyfriend, are you applying for other jobs, are you going back to school? Well…no, no, and I’m not quite sure. My gosh, you would think you truly owe them an explanation, but I’ll let you in on a secret: you don’t. Stop trying to make sense of a life that isn’t theirs to live. 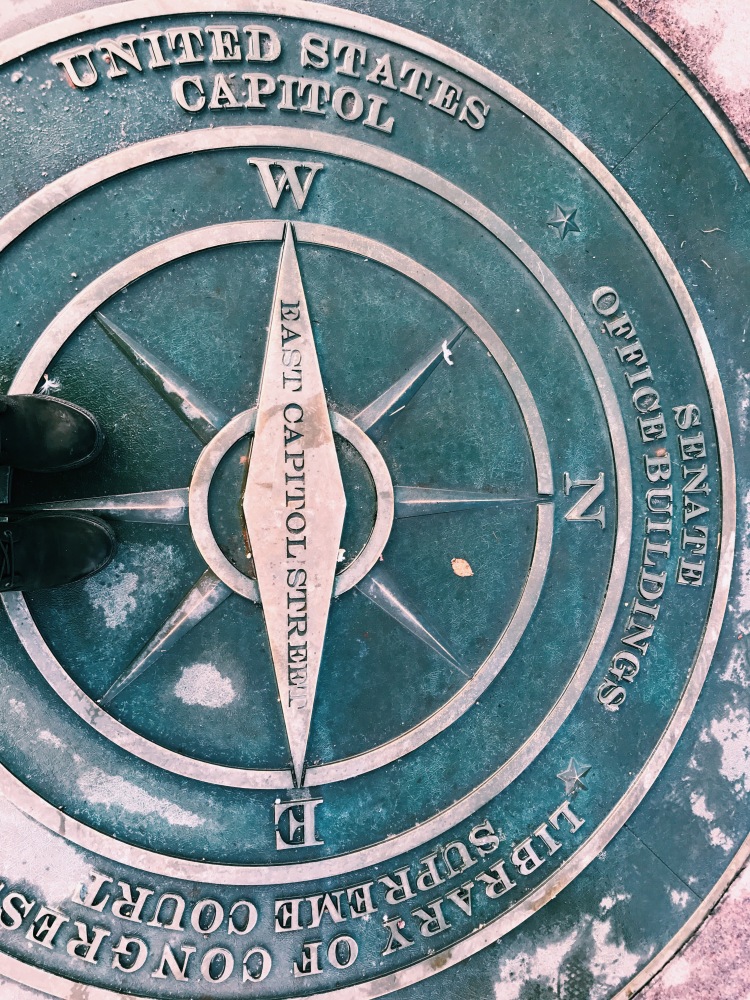 In the last three months I’ve traveled 4 different times and in 3 weeks I’ll be in Rome. Not only have I never been happier, but I’ve also never been more in tune with who I am as a person, what I want in life, and the direction that I’m moving in. Had I strayed from this path because it didn’t make sense to other people then I surely wouldn’t be writing this.